NEWS Chilean athletes lining up for national titles in Pucon 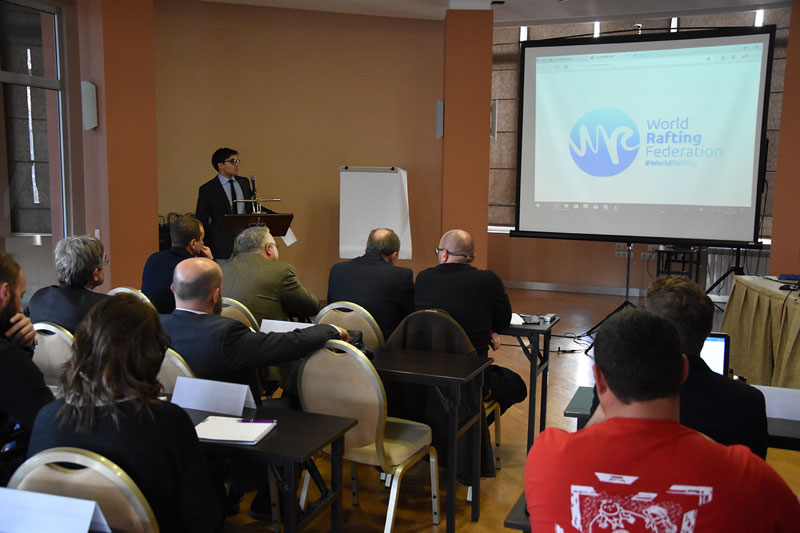 The Creation of the WRF

The creation of a new federation that binds all rafting nations together for the same cause just happenned this Friday 26th and Saturday 27th of January in Belgrade, Serbia.

The first World Rafting Federation (WRF) congress is taking place here and reunites more than 15 countries from all around the world. Thanks to the creation of this new federation sport rafting enters a new dimension and paves the way to a future Olympic dream. With the support of Mr. Ivo Ferrani (member of International Olympic Committee) the WRF became official through an official act signed in front of a public notary.

This congress brings a new future for whitewater sports and new opportunities for all the members of the rafting family who want to join.
During the first congress day also the WRF members unanimously voted Mr. Danilo Barmaz as their new president and the team forming the first WRF board (see below) The first tasks of the new federation will be to agree on the competition calendar for the upcoming season and to form the commissions that will represent the beating heart of WRF.

Race schedule for upcoming sport events. President Barmaz stressed the importance of being surrounded by professional and competent people that will assure a great future for sport rafting.

“The river is long and full of waves coming up and down, but the vision, as the boat on it, is the thing we need to hold on to”,
Barmaz affirmed as a conclusion to his first speech as WRF President.