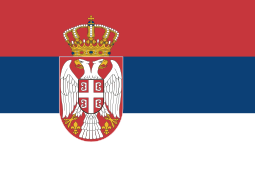 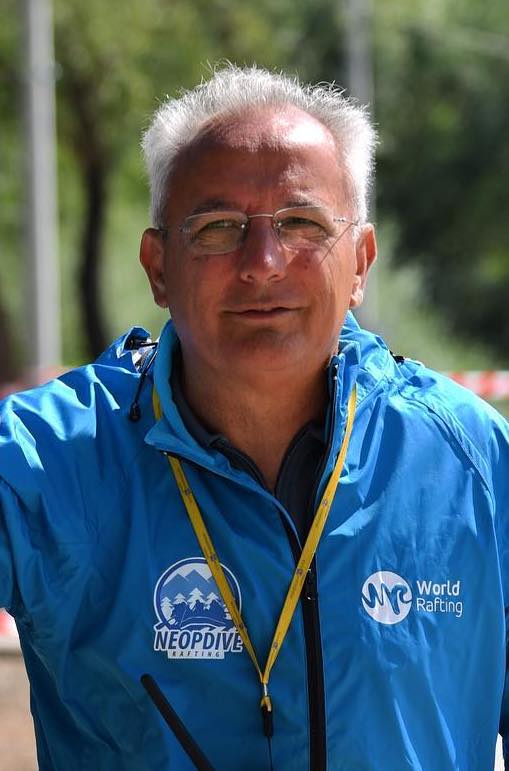 Married, has two children. Sports in which he used to compete are: kayaking, canoeing, hockey, skiing, equestrian sport, rafting.

He’s been in rafting since 1987, has been competing in all disciplines on national and international level, and was a member of Serbian national team.

He became a rafting judge and started judging in the year 2006 and has been judging so far on many International Championships.

He’s been a director and organizer of: World Cup in 2009, European Cups (EC) in Serbia in 2007, 2008, 2009, 2010, 2011, 2012, 2013, 2014, 2015, 2016, 2017 and European Cups in Bulgaria in 2008 and 2010. He has been a licensed International Rafting Judge since 2006 and since 2010 he has been an International Judge of the highest rank. Since 2011 he’s been a member of the IRF Board for International Relations. Since 2010 he has been a member of the IRF Committee for International Competitions in Europe. He was a founder of a Balkan Rafting League in 2006 and is a member of the Board of Directors.  He’s been organizing and conducting rafting guide trainings. He is a founder of Serbian Rafting Judges Association. He has organized and licensed domestic rafting judges, conducted training and licensing of judges abroad. In 2011 on World Congress in Costa Rica he’s been given an approval to lead the “Rafting ergometer” project, and further in 2013 was appointed as the organizer of the International Rescue Service. He is the creator of the World Rafting day which is always celebrated on the second weekend in July. He participated in the creating of Rafting ergometer, organized competitions and created the rules for them. He is a founder of Serbian Water Rescue Service and the author of the textbook for this humanitarian organization. He has constructed a total of 7 rafting competitive courses: on the river Lim: Kumanica and Strugovi; on the river Ibar: Grmcic and Zubin potok; on the river Nisava: Ostrovica; and on the Struma: Kazan and Struma 1. He is the president of “Nauticki sportski klub Liman” which exists since 1998, and from 2007 to 2017 the club continuously had a team which was representing Serbia as a national team in rafting. As a president and a trainer of “NK Liman” both women’s team in 2010 and male’s team in 2015 were winners of the Euro Cup, and in 2016 junior team took a second place in the European Championship. He is one of the founders of the World Rafting Federation (WRF), and the organizer of the Founding Congress of WRF in Belgrade in January 2018 where he was elected for the first vice president of this organization. He is a president of Serbian Rafting Federation since 2007 with reelection in 2011 and in 2015.