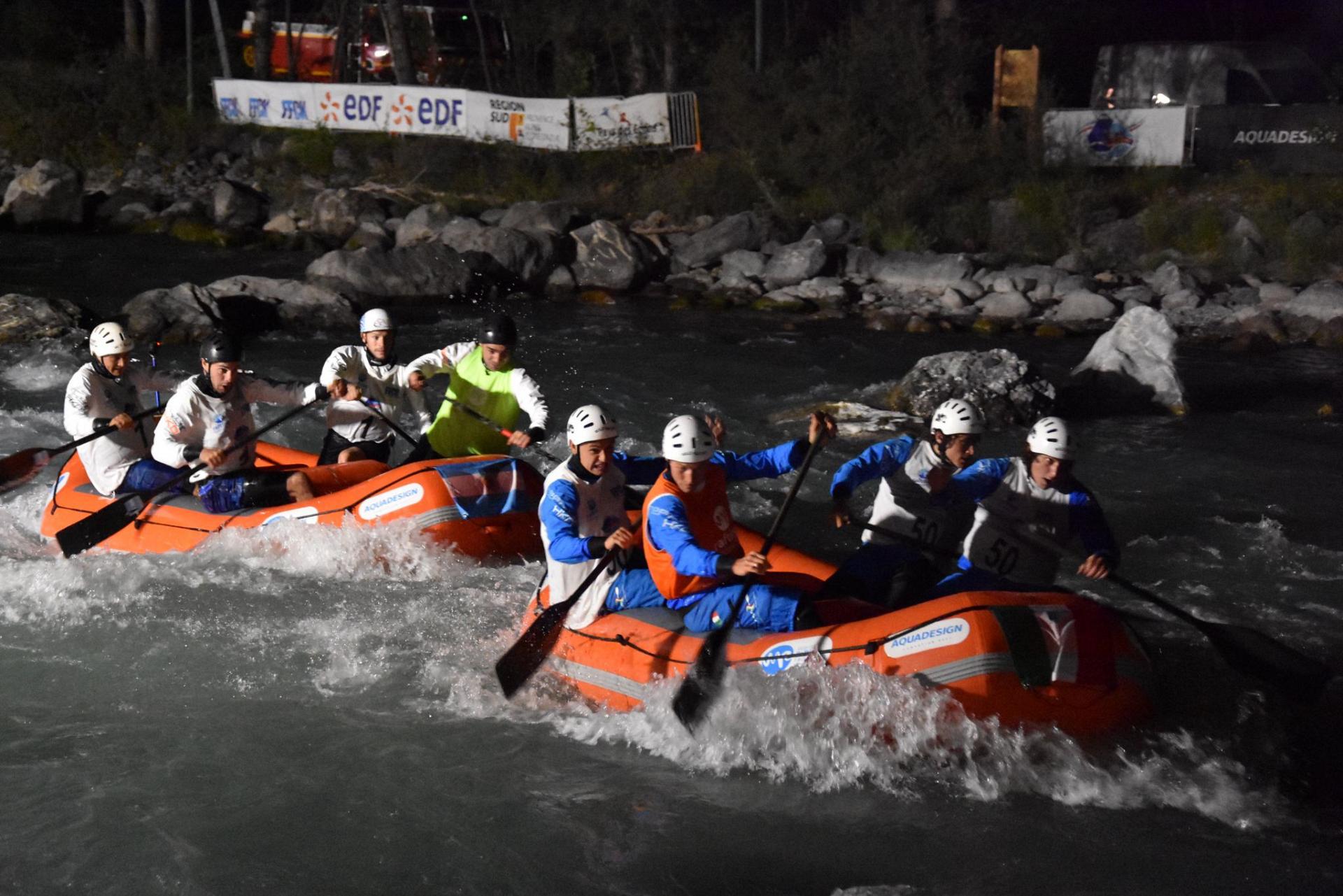 Lights on for Italy: RX awards the first World Champions in France

After the RX qualification on the first day of race and a challenging afternoon with a first phase of selection, the knock out phase 2 turned the lights on in the whitewater stadium on Durance river, France. 16 teams faced the whitewater course studying the opponents’ tactics and the couple of gates in strategic passages. 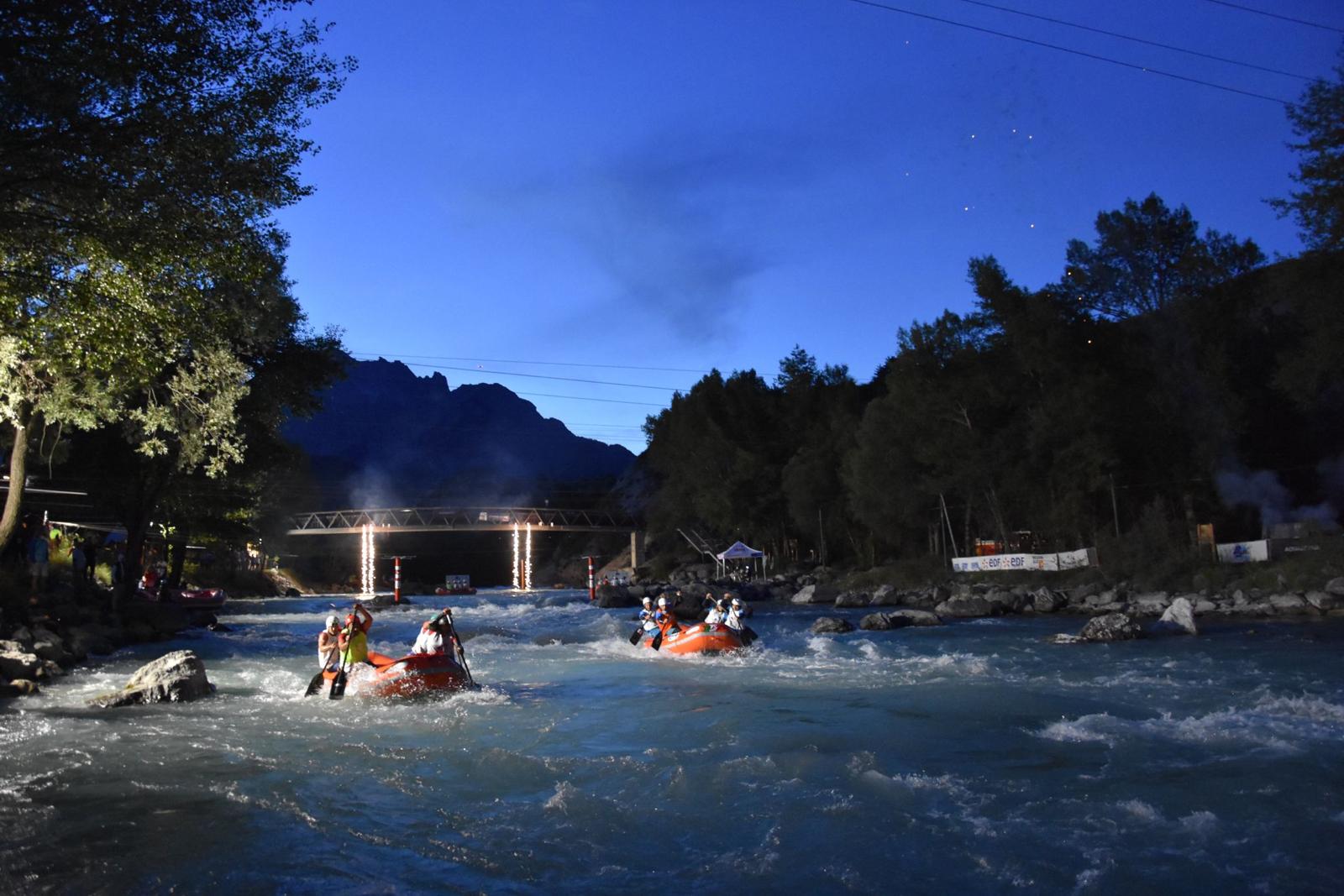 After the spectacular phases 2 and 3 the teams who made it to the semifinal were Chile 1 (who won the previous runs with Croatia 2 and Slovenia 2), Slovakia 1 (who won phase 1 with Morocco, phase 2 with Turkey 2 and phase 3 with Italy 2, Argentina (who won with Bulgaria and Netherland 1) and the favoured to win Italy 1, with already 180 points from the gold in the Downriver and Slalom (who won with France 1 and Colombia). 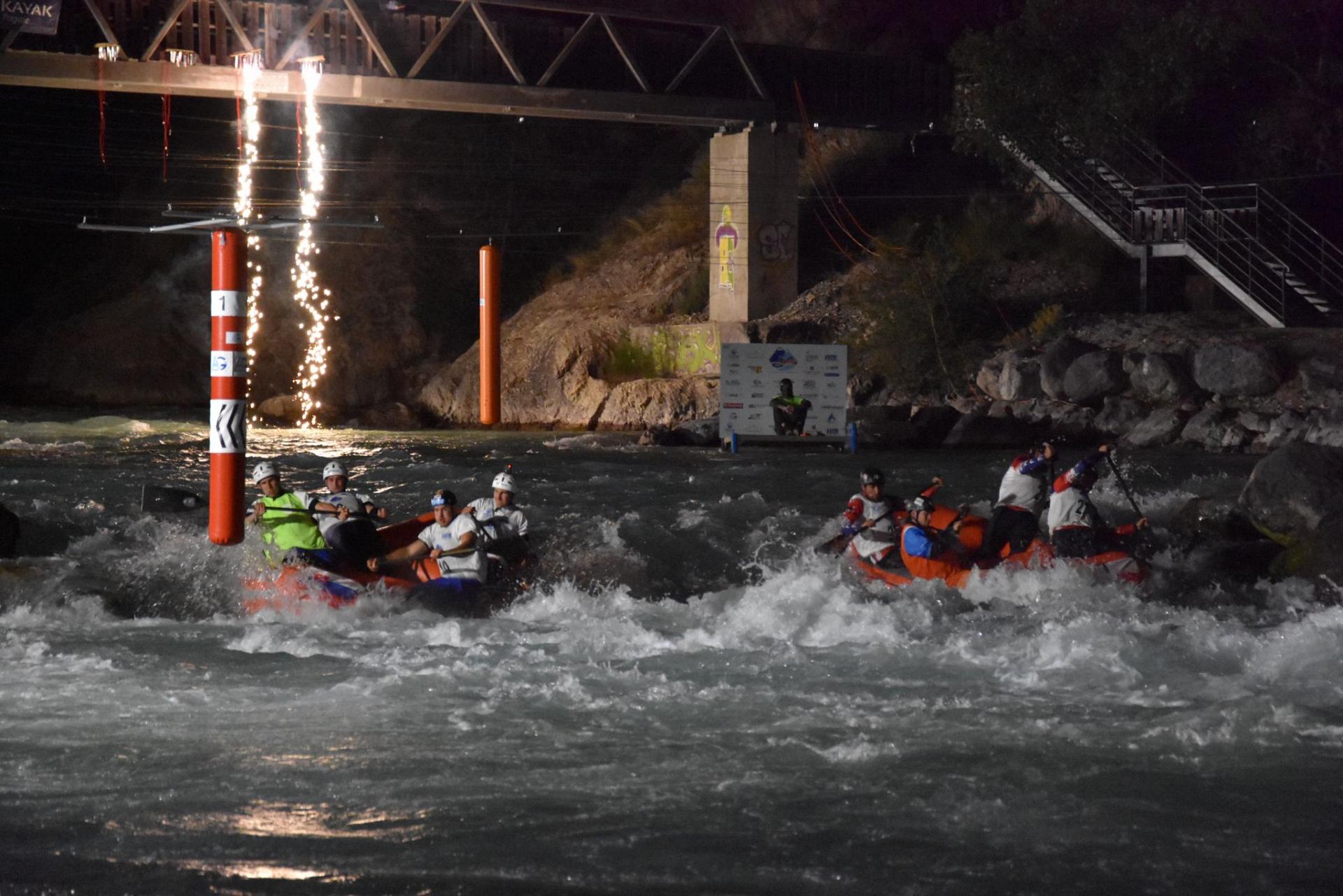 Slovakia 1 lost the semifinal match with Chile 1, who got the access to the Final A, but went to the Final B and won the RX bronze: Rastislav Kveták, Jakub Chynoradský, Dominik Chynoradský, Viktor Kveták and Šimon Krempaský. the third place in RX gave Slovakia 1 a 5th place overall with 210 points. 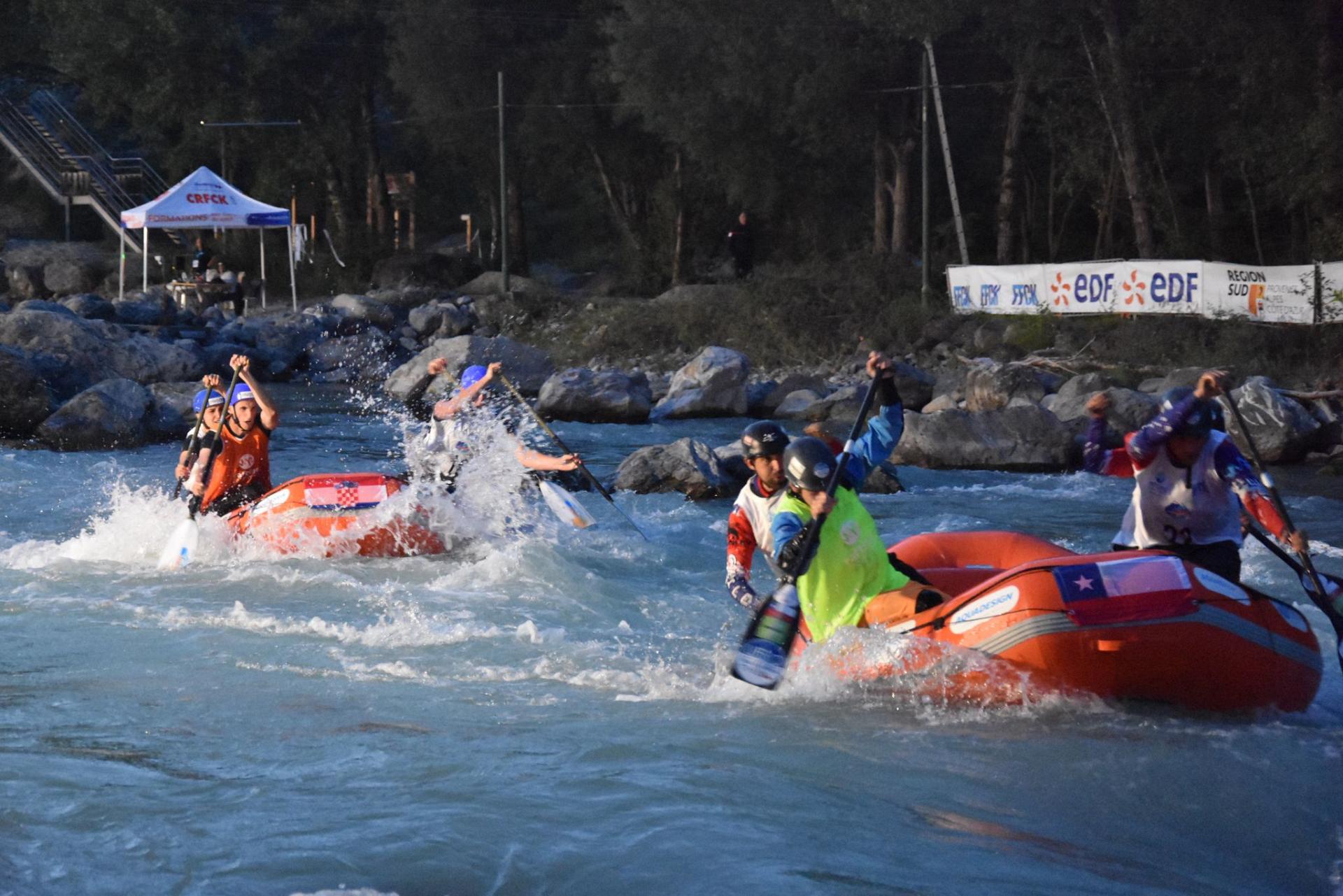 The 4th place of Argentina in the RX gave them 90 important points for the overall ranking. 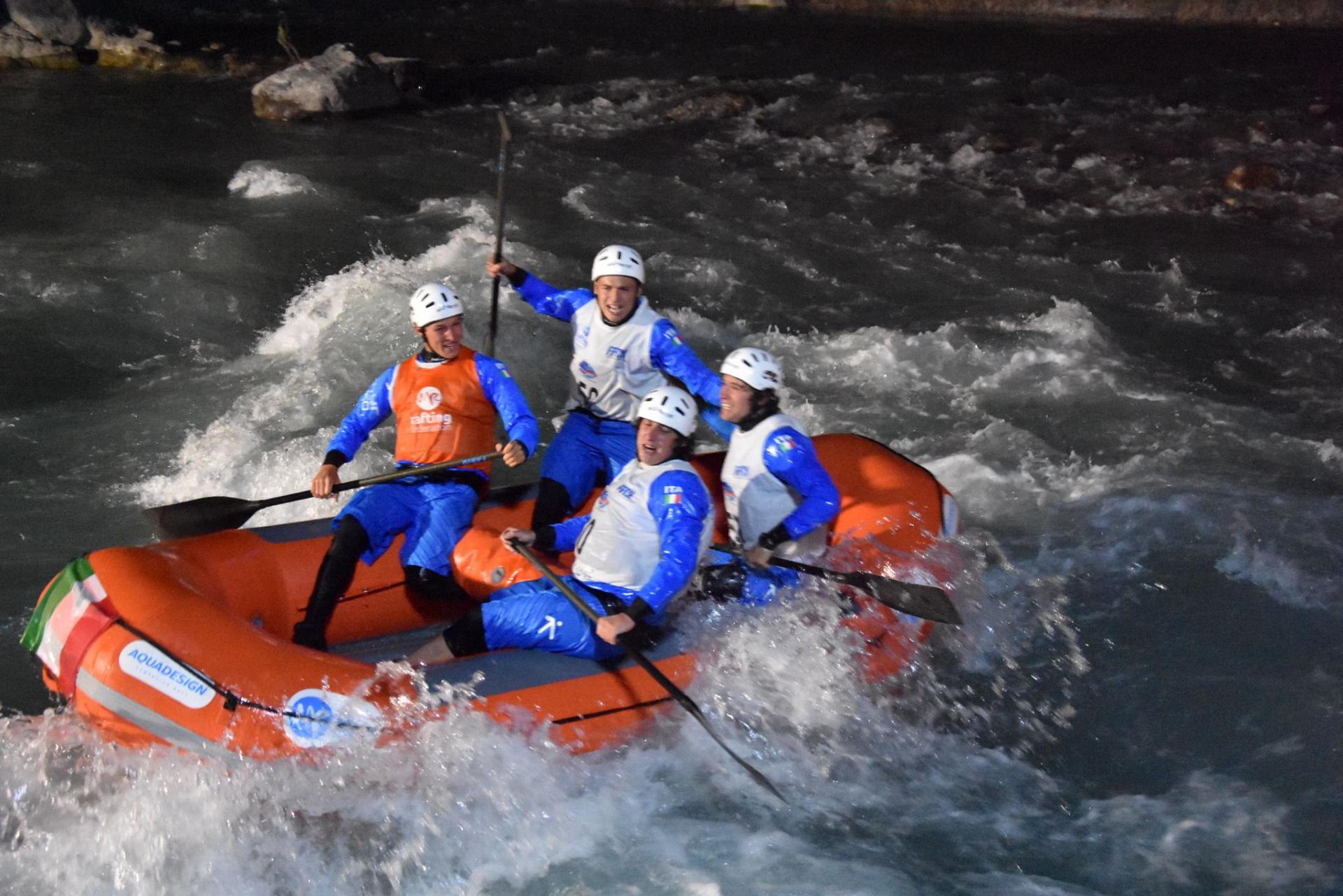 Italy 1 on the finish line of RX

The RX final A, between Italy 1 and Chile 1, confirmed the first step of the podium for the Italians Pietro Fratton, Fabio Martini, Zeno Martini and Lorenzo Mastella, who are officially, in the men category, the overall World Rafting Champions 2021. 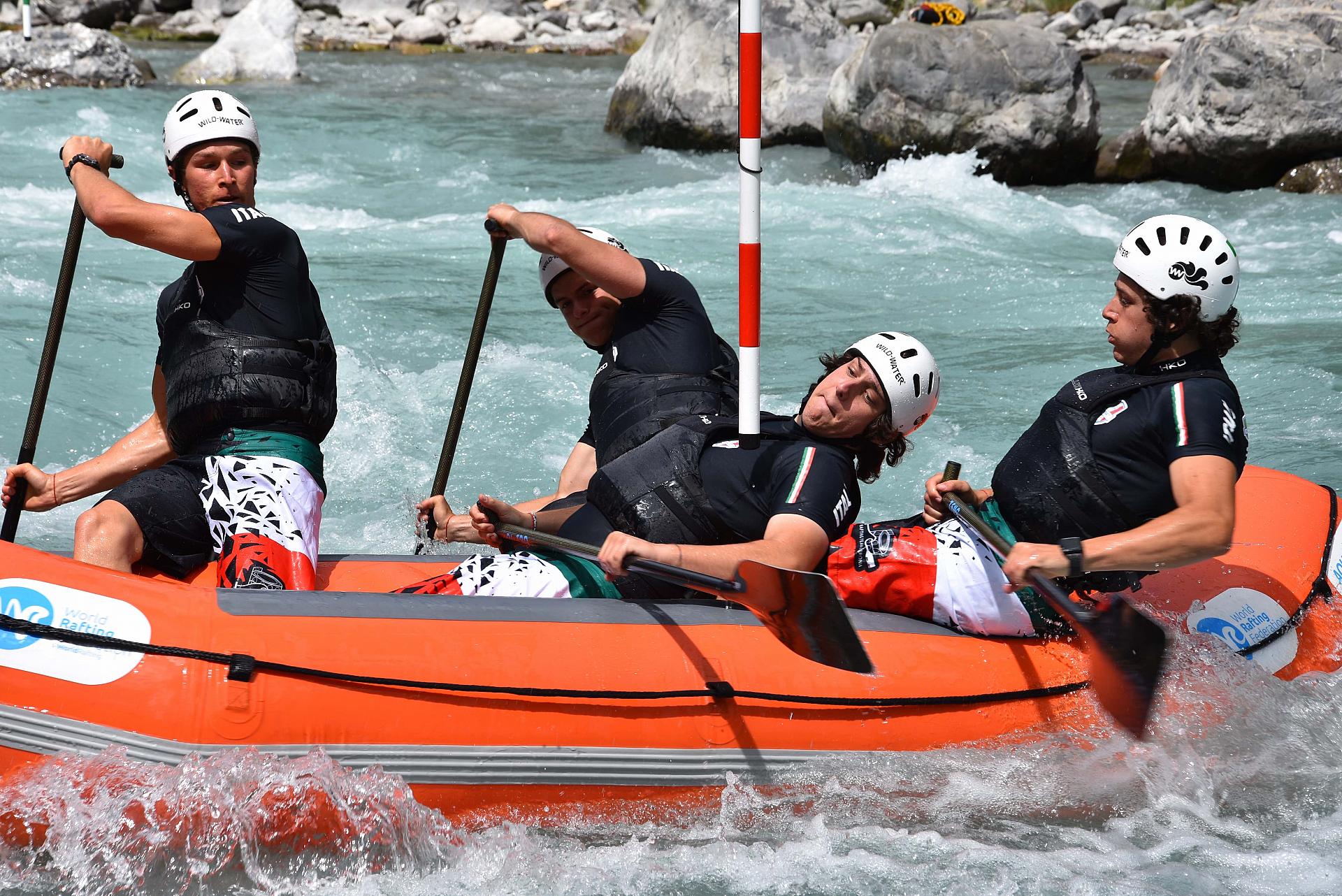 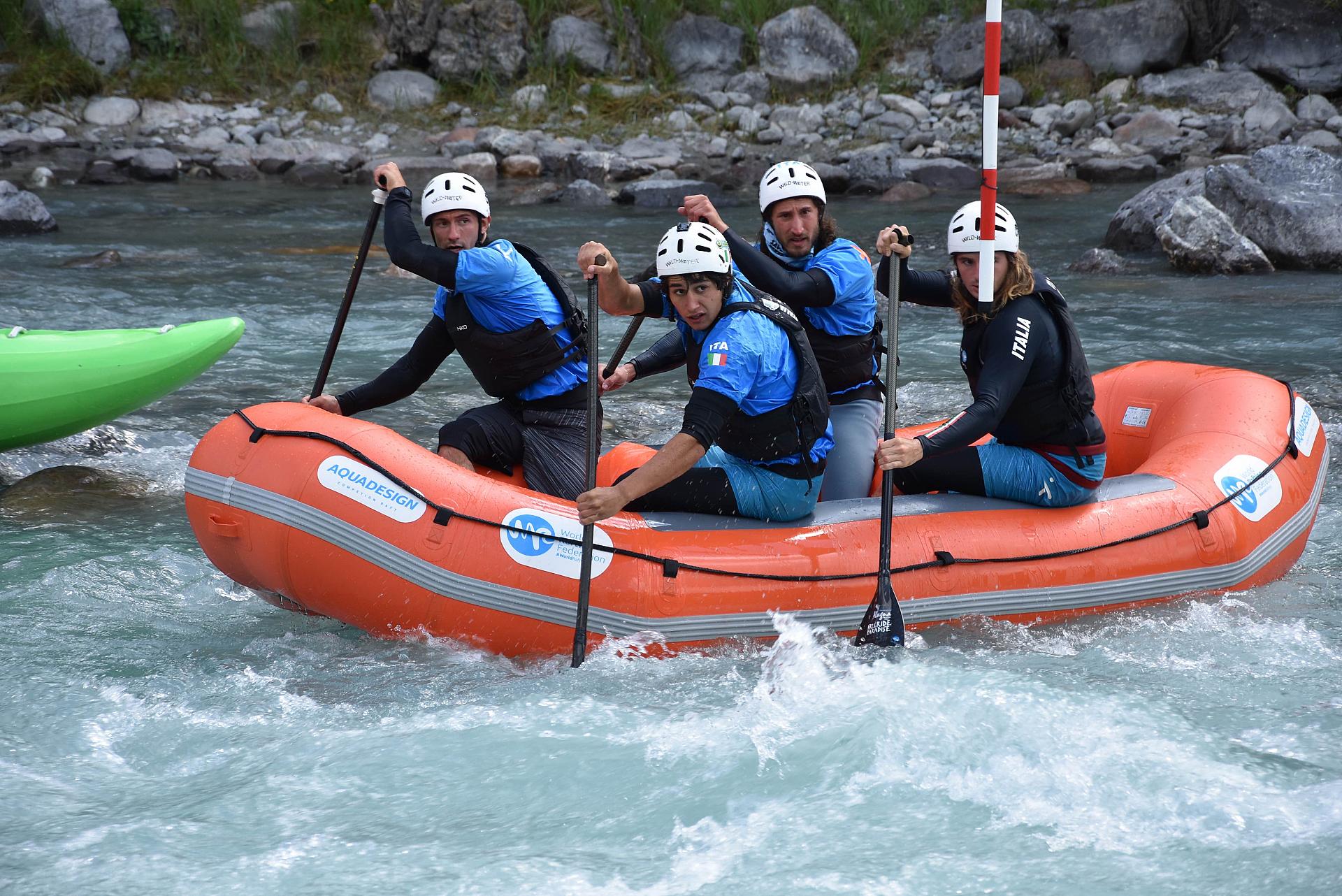 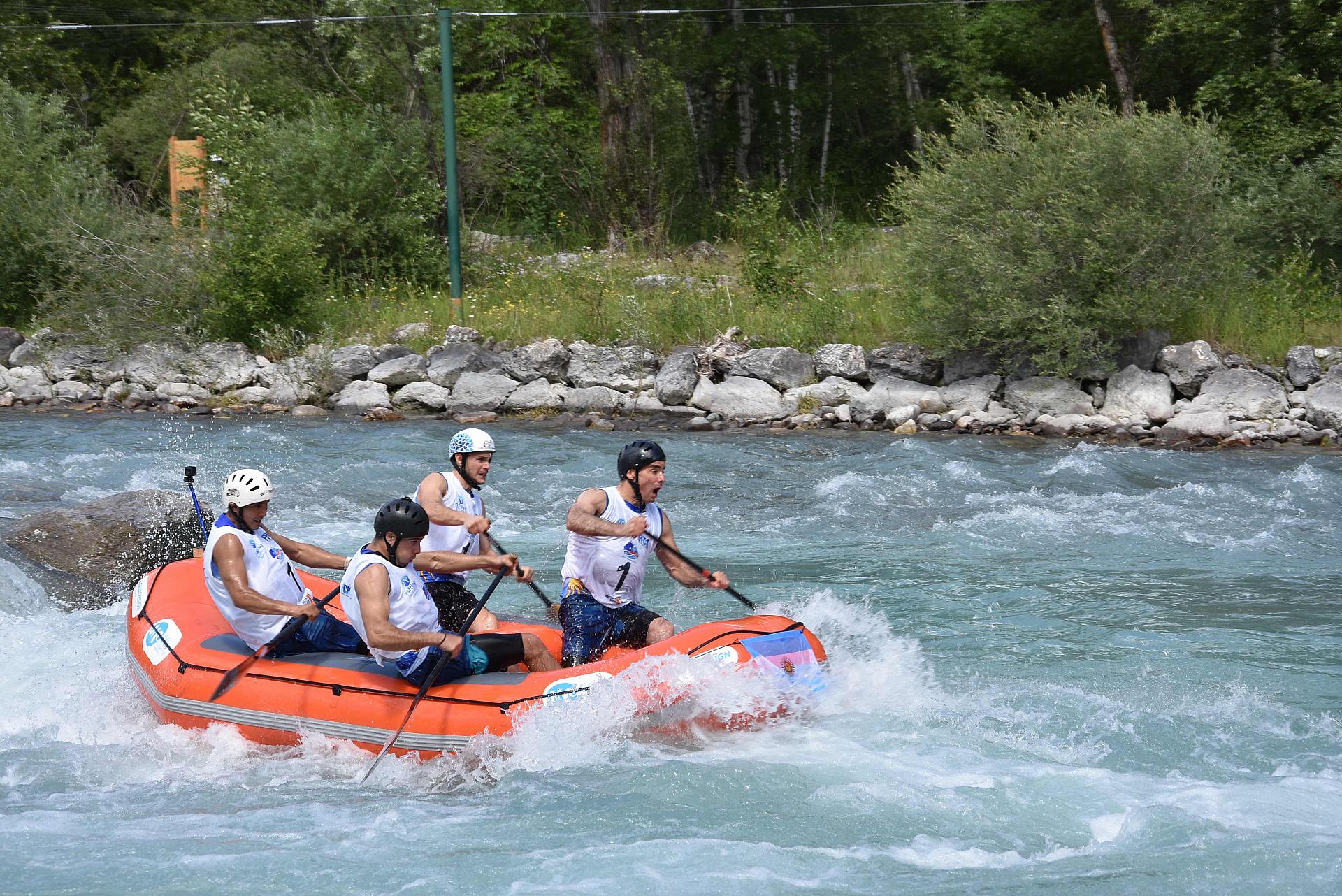 Men category faced all the three discipline and ended their races in L'Argentière-La Bessée, but 3 categories still have to paddle a crucial RX tomorrow: stay tuned for Women, Para Rafting and Mix teams!